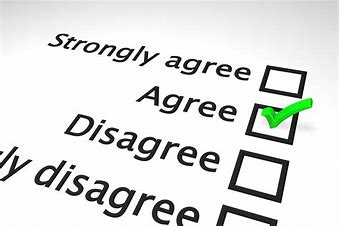 Last weekend, I spent a very enjoyable evening to mark the re-opening of our village hall facilities post lockdown.

I was chatting to Sue, who I’ve chatted to many times before. Once met, you don’t forget Sue. She’s full of personality and laughter. She get’s involved with village activities, is helpful to others and supports many causes.

Some years back she brought her wheelchair basketball 🏀 club to the summer fete so able bodied kids could get a taste of what the sport is like. It was a smash hit with everyone, but I didn’t connect the dots.

Speaking to Sue last weekend, knowing the basketball link, the subject turned to the Paralympics. It was the final day of Tokyo competition on Sunday. The men’s team were playing off for Bronze. She was getting up at silly-o’clock to watch it live. Then I discovered I was in the company of greatness.

🥇 🦽 A Team GB Paralympian from Atlanta 1996. 🦽 🥇
Now the team didn’t medal, but the National Lottery only started in 1994 so it certainly wasn’t funding Paralympic basketball in 1996 (I don’t think). Lots of fundraising to get the team to the USA. Full time jobs. Training around work hours. You can imagine how tricky it was. It was a different time.

The total spectators for the Paralympics that year is quoted to have been 388,000. For comparison, 2.7m tickets were sold for the 2012 events in London. Another 5.8m people downloaded the Paralympic app and Channel 4’s audience reached almost 40 million.

But that’s not why I’m writing this (although I’m still a little star stuck).

I’m writing this about legacy.
Legacy is something which often comes up in conversations with business owners. When they sell their business they want to be able to say,

I did something so worthwhile that it still has an impact today.

She’s coached at junior level for over 25 years
She’s also been a player representative on the board for British Wheelchair Basketball improving how the sport is run.
And that has resulted in

Some of the squad from the wheelchair basketball and wheelchair rugby teams in Tokyo have passed through her hands in their younger days as they discovered their ability for the games.
Sue’s encouragement and enjoyment of sport has allowed those that follow to win medals at the highest levels of the game.
That’s quite a legacy.

Business Legacy
As a business owner, have you thought about the legacy you would like to leave?

It could be something simple like maintaining employment for your local area. It could be changing the world with the discovery of the next Graphene. It might be saving the planet in environmental ways. Or, if the business carries your family name, do you just hope that it doesn’t get dragged through the mud by future owners.

Do you know what legacy you want to leave and have you put into place any steps that will help you achieve your legacy?

Note: 1996 was a long time ago and there are very few photos of the games so I have had to find a stock image, and there are precious few of those depicting women’s wheelchair basketball.